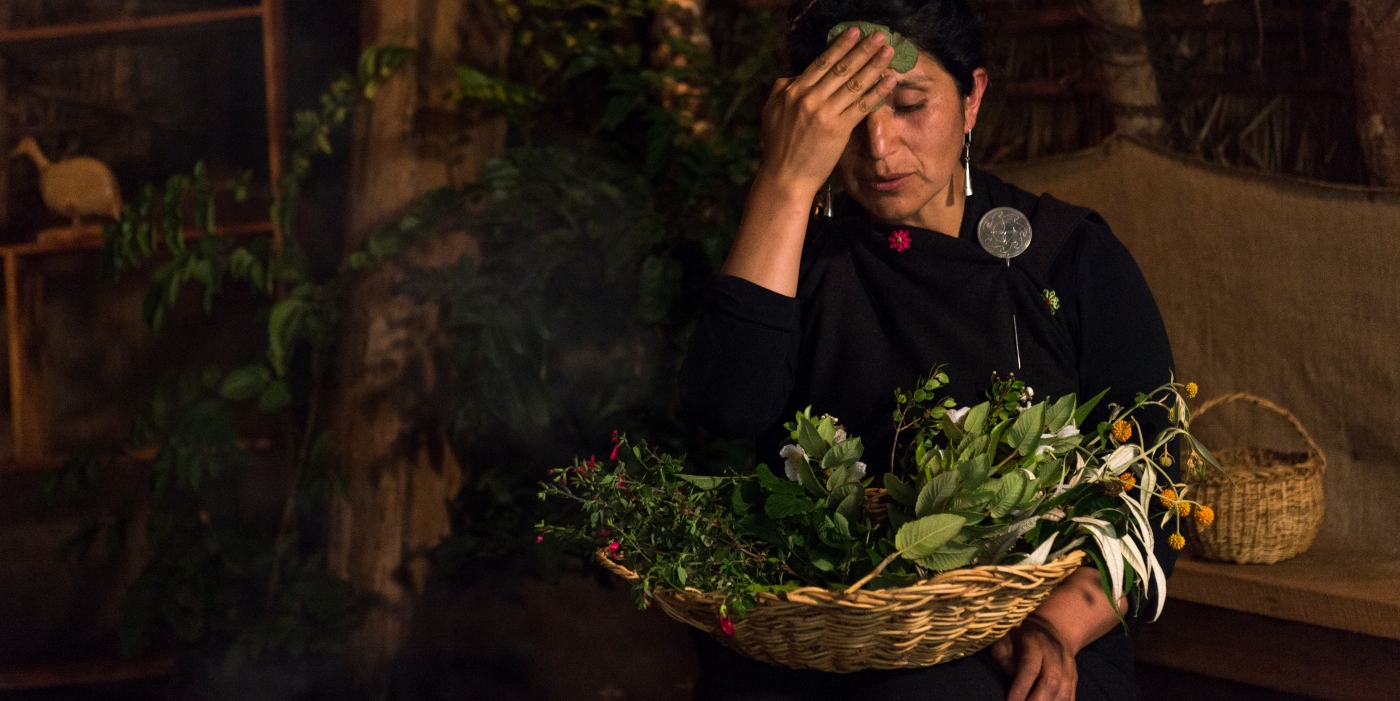 Now you know! When you travel, you not only visit breathtaking landscapes or meet unforgettable people who stay in your heart, you have a taste of their culture and culinary tradition. For this reason, we invite you to discover the unique spices and flavors of Chile in an adventure that you can start from your own kitchen.

And if cooking and travelling through your taste buds is precisely what you love, let us say the condiments Chile has to offer, will transport you to the southern tip of the world in each tablespoon. Spicy, sweet, colorful and somewhat exotic, we are sure that the unique spices and flavors of Chile will surprise you.

Its name comes from the expression in Mapudungun, the Mapuche language, ‘medkeñ chadi’, which means “ground salt”, as it was originally a seasoning made from crushed salt mixed with chili.

Merkén is a typical and original spice of the indigenous peoples of southern Chile, and is made up of only three ingredients: a dried and smoked chili pepper known as ‘cacho de cabra’, coriander and salt.

With its earthy and smoky aroma, this seasoning has caught the attention of professional chefs, who have seasoned modern preparations such as meat, fish, chicken, potatoes, oils, vinegars, preserves, chocolates and fruits with it.

Although merkén became popular in our country a few years ago, it is currently one of the most interesting condiments for lovers of fine dining and spicy flavors.

Today, it is an internationally exported product and if you ever have the opportunity to try it, do not hesitate to do so because it will be a truly special encounter with your senses.

Blue eggs from southern Chile are the Mapuche hen’s key and special feature. For a long time it was thought that blue eggs had less cholesterol due to their blue shell, but that was not the case. Today we know that the Mapuche hen lays eggs with less cholesterol because of its healthier or more natural diet, since it is essentially raised in the Chilean fields and forests.

The color of the shell is so particular that these eggs are sold as premium products on different gourmet retail shelves in London, New York or Tokyo.

Ancient accounts speak of a pact between the hens and Mapuches (people of the land). The birds would give the people blue eggs and in return the people would give them care, and honor their presence in thanksgiving ceremonies or prayer.

Each year, on February 9 in the city of Río Negro in the south of Chile, the Blue Egg Festival is held, where the world’s largest pan with 3,950 eggs is prepared in the town’s main square. A celebration you can’t miss!

Characteristic aromatic herb from northern Chile, it was commonly used by the Aymara indigenous peoples to treat stomach pains and discomfort in women after childbirth. Nowadays, it is an unmissable condiment in the preparation of fine cocktail drinks from the towns near the Atacama Desert.

We invite you to enjoy the Rica Rica sour, a drink based on pisco, lemon and this perennial herb which delivers a mouthful of sensations to all those who taste it.

Its scientific name is “Alcantholippia deserticola phil” corresponding to the Verbenace family. Holder of beautiful violet flowers, its leaves and branches have also stood out in the manufacture of cosmetic products, such as cream and perfumes, thanks to the amount of benefits it possesses and infusing citrus smell.

Cáhuil is a small Chilean town located 15 kilometers south of Pichilemu, at the mouth of the Nilahue estuary. Its name comes from the Cahuil gull, a common bird in the area, credited for the artisanal production of the coastal salt.

Cahuil salt is pure, without any chemical other than water. The treatment is purely manual, and the mixture of water from the lake and the sea enters the saline areas to be processed naturally.

Being a raw product it does not have added sodium, which equals to almost 30% less sodium than refined salt. It also helps to eliminate excess acidity through urine, to maintain muscle strength and tone, as well as to regulate sleep functions, among other benefits.

Without a doubt, when you try it, you will want to take it by the kilo to your home country!!

Its scientific name is “Aristotelia chilensis”, but this wild fruit is popularly known as maqui, and is typical of southern Chile.

Maqui berries are a delicious fruit with a dry flavor and a deep dark purple color, quickly giving away whoever tries it. Averaging between 5-6 mm in size, it is common to see it in Chilean streets and fields.

Known as a superfood for its natural antioxidant properties, it also contains anti-inflammatory, anti-adipogenic, anti-atherogenic and cardioprotective components, all related to its high content of anthocyanins, flavonols and phenolic acids.

A must-see preparations are the maqui juices in summer, with a touch of sugar for the sweet-toothed, and in winter Chilean tables are adorned with desserts and pastries made with this fruit.

Large, pulpy and with an intense flavor, the Chilote garlic is a typical product from the large island of Chiloé in southern Chile, and its flavor is an intermediate mixture between garlic and onion.

Those with a golden brown color are used for gourmet foods and preparations, which give meals a flavor similar to that of normal garlic; and those of purple shade are ideal for grilling and smoking, which are then used to create pastes that are eaten with crackers, pastries or whatever you want, they really are an explosion of flavors to the palate.

7.- The sopaipilla and Chilean pebre 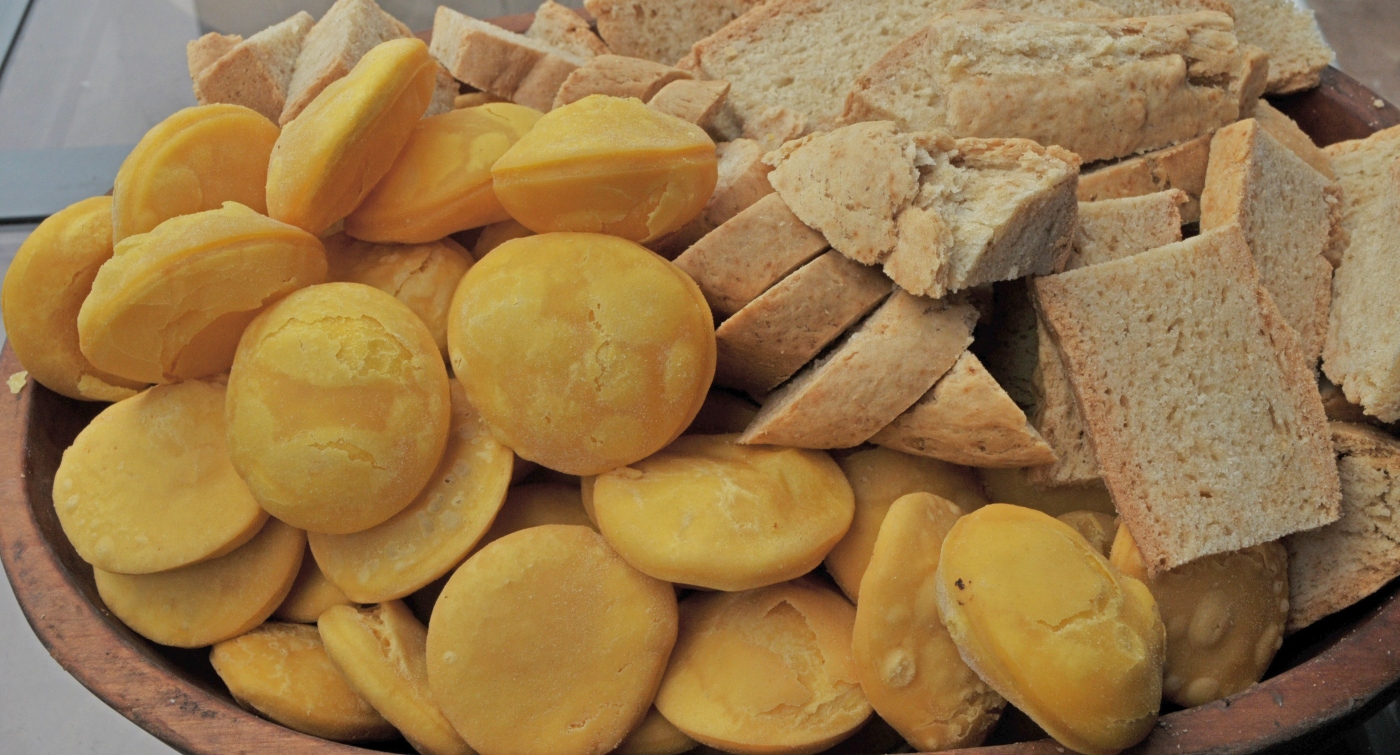 The Chilean sopaipilla is one of our most traditional fried doughs, reaching the point of becoming one of the country’s favorite fast food for Chileans of all ages. There are many ways to make it, served either sweet or salty, although the preparation with pumpkin and dipped in sweet chancaca sauce gets the most cheers.

In almost all cities there is a large assortment of food carts selling them throughout the year. Each of these places strive to be “the kings of the sopaipilla”, offering endless accompaniments such as different types of chili, pebre, sauerkraut, mustard, ketchup, cheese, powdered sugar, honey and many more. In these street stalls, vendors fry them in public view and each person can add the dressing they want.

The recipe arrived in America in the 1700s, along with the Spanish colonizers who called them “sopaipa”, a word of Arabic origin that means bread dipped in oil. The Araucanians baptized them as “sopaipillas” in honor of a bird from the region.

The contribution from the Americas was to soak the sopaipilla in chancaca, a typical Chilean sugary product made from unrefined sugar and molasses, flavored with cinnamon and orange or lemon peel.

Nonetheless, it also goes very well with the famous Pebre, a chili-based sauce, which depending on the creativity of the cook, can have added tomatoes, onions or garlic, among other ingredients and spices.

You will see it served alongside bread before even placing your order in almost all restaurants in Chile, you can add it to broths, beans, meats or ‘choripanes’ in a barbecue.

The word pebre could have its origin in the Mapudungun word “pibrenku”, which means poor man with dark circles. However, the thesis that it derives directly from the Catalonian term ‘pebre’, which means pepper, appears as more probable.

We could go on and on about many other spices and unique flavors of Chile that will expand your palate towards aromas and textures native to our territory. Dare to try new condiments and products that will make your trip a tasty experience in every sense of the word!

At-home Tourism: Find apps for traveling around Chile
Photographs that will make you want to visit Chile

Free Hot Springs in Chile: Unlimited Wellness amidst the nature