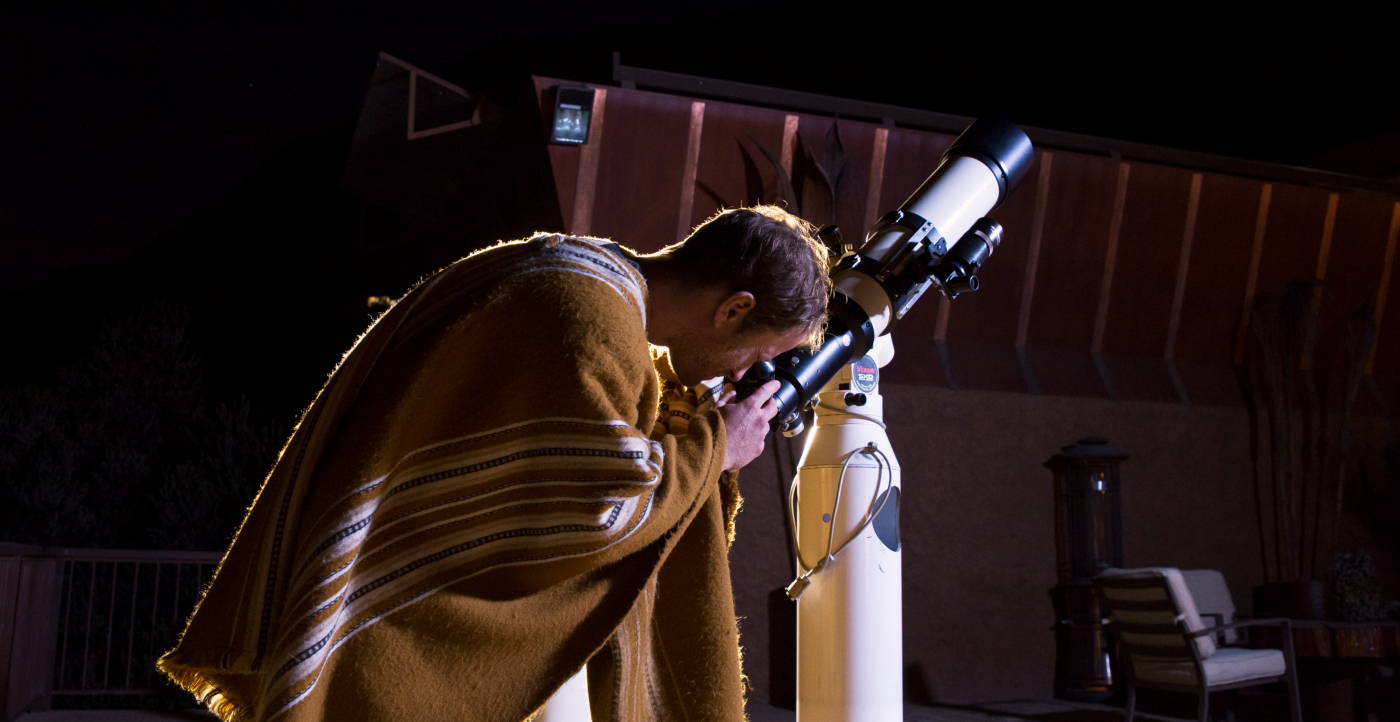 Are we alone in the universe? Since the beginning of history, anomalous phenomena fascinate and frighten. Paradoxical feeling that causes man to generate various theories about what is beyond, placing ufology in Chile – and the whole world – as one of the tendencies of conspiracy that has more followers.

Is there life on other planets? What happens in the other galaxies? Are we the only thinking civilization in the sky? When we realize that the universe is infinite and that the earth represents a tiny part in the cosmos, it is logical to believe that it is possible that there is extraterrestrial life, and in countries like ours, located at the end of the world, they become the perfect scenario to find the best destinations for UFO sighting.

And it is the geographic location of Chile and, above all, its pristine skies that have given life to an exponential development of astronomy in the last decades, deploying large observatories and astronomical centers that have been a valuable contribution to science and astronomy globally, they also generate optimal places to view unidentified valuation objects (UFOs).

In this way, the history of UFO sightings in Chile is very long and goes back to time immemorial. It is believed that the pre-Columbian civilizations had contact or believed in other civilizations outside of this land. Hundreds of movies have made us dream of tender, kind or malignant and destructive beings that take unimaginable forms worthy of Hollywood.

However fantastic it may seem, the development of ufology in Chile has given life to associations and groups that are dedicated to deny and / or analyze and scientifically investigate this type of phenomena. For example, the Agrupación de Investigaciones Ovniológicas de Chile(Group of ufological investigations of Chile), Universe Geu Chile, Marcc Ufo and the ufological crusade called FARO are communities of Chilean travelers devoted to gather amateur ufologists.

However, not all are amateur groups, in 1997 the CEFAA was created, a Committee for the Study of Anomalous Aerial Phenomena. An official body of the General Directorate of Civil Aeronautics, DGAC, which studies anomalous aerial phenomena that occur in the airspace of responsibility of the Republic of Chile and that extends for 32 million square kilometers, from Arica, by the north between 120º and 131º degrees west and up to the South Pole.

Due to the numerous cases of sightings reported by the crews of commercial, private, sports and institutional aircraft and the ordinary public. This interdisciplinary committee receives the cases, studies them and generates a report, drawing conclusions that are generally scientifically explainable. The main objective of this organization is to safeguard the security of the airspace and to educate the community about the myths and reality of these sightings.

Along with that, Chile has been chosen as one of the best places in the world to observe sightings and has witnessed innumerable curious and enigmatic phenomena throughout its long and narrow geography.

According to Jim Bobson, an American who has accumulated more than 30 years of traveling experience in 80 countries, he has shared with the famous magazine Forbes the 8 best places in the world to “hunt” UFOs. Chile is in the number one spot, followed by the United States and Australia.

According to the traveler, our country is one of the destinations where UFO sightings occur most frequently. In the article that expands on ufology in Chile, the author recommends the commune of San Clemente, a town near the Maule Valley as a site of unforgettable encounters.

In 2008, an official UFO tourism route was created in this area, which includes places where there have been famous cases of UFO sightings. The most outstanding place is the Enladrillado geological platform, where it is possible to observe some 200 volcanic blocks supposedly installed by ancient civilizations. Some ufologist even assure that these blocks serve like landing platforms for extraterrestrial ships. 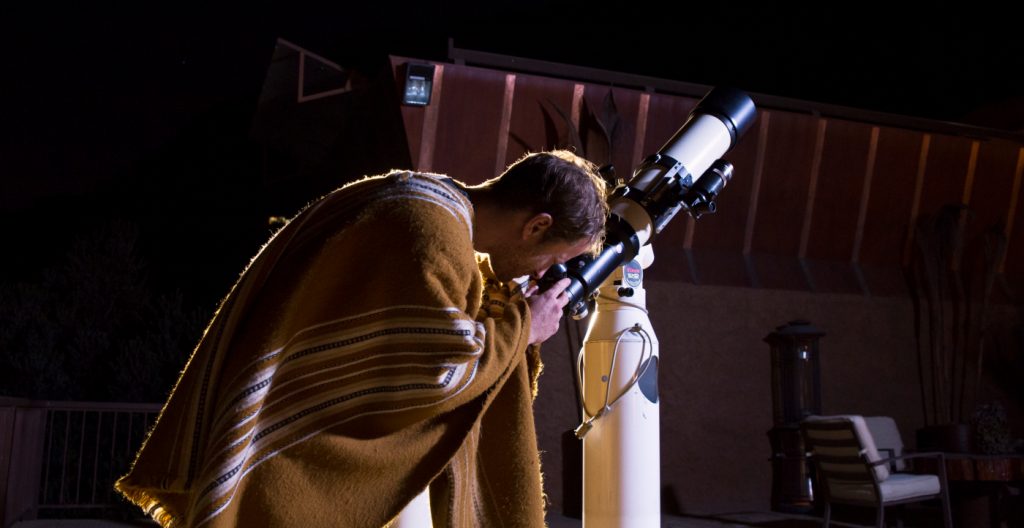 Other studies have determined the three “hottest” zones to spot UFOs in Chile: first of all is the Cajón del Maipo, an area surrounded by great mountains that has been the cradle of several sightings. The most famous and commented was the mountaineer Claudio Pastén, who in 1997 supposedly saw a huge light settling in the water and leaving two strange beings of great stature.

After much research, a television channel determined that the encounter had been real. The Cajon del Maipo has for some time been transformed into a encounter point for these amateur flying saucers fans, attributing even a UFO’s landing strip to the triangular lagoon that lies behind the mountains that surround the El Yeso Reservoir.

Like the American traveler, the followers of the ufology in Chile agree that San Clemente is a special place for sightings, the great majority of the inhabitants of the place have said to have seen flying lights and even to have perceived “Humanoids” walking through the town. They also say that in the mountains surrounding the National Reserve Altos de Lircay have seen phenomena that experts have failed to decipher.

The third recommended place for this type of sightings is the enigmatic Valle del Elqui. Beside of being famous for being a spiritual center that invites to be reborn and to be healed, it is said that between its mountains a portal to another dimension hides.

This Valley and its surroundings have witnessed strange events such as the fall of an unknown object in the mountains of Vicuña in 2013, which dozens of people testified to having seen it zigzag in the sky before crashing into a mountain.

Another case that is remembered is that of the city of Paihuano, when in 2008, while the president of the Republic dictated a speech at a high school in the town, attendees spotted a UFO that was immortalized by several in attendees.

However, the most famous event was the so-called “Chilean Roswell” of 1998. According to several witnesses, a UFO crashed on the Las Mollacas hill, in the same town near Coquimbo, a phenomenon that even moved the Chilean army and special envoys. from NASA who requested not to publish more information on the case.

Another fact that has marked the ufology in Chile, occurred in the early morning of May 2018, over the skies of Antofagasta the crew of six commercial aircraft simultaneously spotted three triangular light sources.

The official audios of the pilots were published and generated great commotion in the public opinion due to the confusion that these lights caused in the pilots. The specialists of the CEFAA assure that it could have been military planes doing secret maneuvers or boats that reflected their lights. However, when dealing with professional pilots who take the air route on a daily basis it is difficult to understand how they have never before faced a similar situation. This has been the most recent and public case of a UFO that could not be explained.

It is true that not everything that is perceived in the sky is a spaceship. Many strange things are seen, but 99% of the sightings have an explanation: satellite, meteorological phenomena or human artifacts, however there is a percentage that scientists can not explain and make us believe that, in fact, we are not alone in the universe. Visit Chile! And check yourself if these destinations really are a magnet to have encounters of the third type. 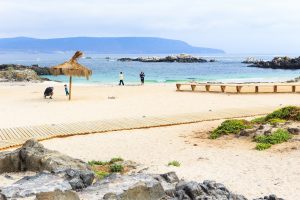 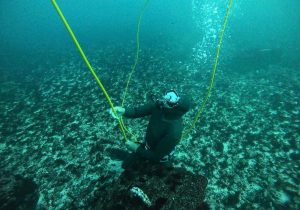 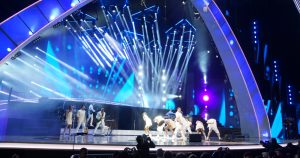