We are happy and proud! For the first time, Chile has been chosen as the Best Nature Destination  in South America by World Travel Awards, also known as the Oscars of Tourism, that are annually given to the best tourist destinations in the world in different categories. Come celebrate with us!

In its 26th edition and facing great competitors like Ecuador, Brazil and Perú, Chile was chosen by popular vote as a Must-See country on this side of the planet for experiences one can have outdoors with pristine and perfectly conserved nature.

This is a tremendous recognition that leads us to be continually inspired to offer new adventures and unforgettable experiences or the best family vacations visiting green destinations that run from the sea to the mountains, from the deserts in the north to the glaciers in the south, and passing through forests, canals and fiords. You’ll want to return many times!

The following is a sample of some of the destinations that show how well deserved this award is, naming Chile as the Best Nature Destination in South America.

THE DESERT AT GREAT ALTITUDES

Lauca National Park will amaze you with the immensity of its planes, slopes and ravines in the Chilean Altiplano, at altitudes varying between 3,200 to over 3,800 meters above sea level.

Go slow!… not only to get used to the lack of oxygen, but also to take advantage of seeing its marvelous flora and fauna that includes flamencos, vicuñas, vizcachas, Culpeo foxes, among many others.

Warm clothes, sunglasses and good sun block are as indispensable as your camera and enthusiasm to appreciate nature in its purest state.

THE JEWELS OF THE DESERT

Although it may be hard to believe, there are more than 20 volcanoes and geyser fields with dozens of vents that spurt water up to ten meters above the ground in the Atacama Desert: the driest in the world.

The Tatio Geysers, located at over 4,200 meters, has almost 80 vents. It’s the third largest geyser field in the world, after Yellowstone and Kronotski. Imagine waking up to blasts of water and vapor as the sun rises over the mountains.

Nature lovers describe the ascent to the Láscar, Licancabur and Sairecabur volcanoes as an unbelievable and unforgettable experience.  One must become a bit accustomed to these magnificent destinations since the altitude is so extreme, but it only requires a minimum of previous preparation and the curiosity to discover new lands.

And since you’ll already be there, you’ll have to visit Nevado Ojos del Salado, soaring at 6,891 meters above sea level, is the tallest volcano on Earth.

There is not sufficient space here to list all the reasons Chile deserves the award for 2019’s Best Natural Destination in South America, but we cannot leave out some of its natural lesser known treasures, that will surely comprise some of your best memories.  One of the many is Los Cipreses River Nature Reserve, or simply Río Cipreses.

Its two hiking trails will lead you into vegetative formations from the regions of the steppes and of the forest all decorated with sclerophyllous shrubs from the Andean foothills.  Here you can find many of Chile’s native and endemic species like the  peumo, quillay, and of course the mountain cipres (austrocedrus chilensis), that gives its name to the Reserve.

You’re not going to believe your luck if you happen to spot a puma! It’s not easy, but they do live here, as do guanacos, foxes, quiques and many others.  Unique birds such as the loro tricahue, a kind of parrot,  and the condor, as well as reptiles and river fish that are known only to live here.

There is no island named Friday, but the largest islands of the Juan Fernández Archipelago are named Robinson Crusoe and Alejandro Selkirk, the fictitious and the real shipwrecked individuals that gave life to the characters in Daniel Defoe’s novel, “Robinson Crusoe”.

These and other smaller islands of the archipelago make up the Juan Fernández Archipelago National Park, that was declared a World Biosphere Reserve by  UNESCO.

What more can be said about the enormous natural richness of its flora and fauna?  Only that, in addition, it also has a very particular geological conformation and its cold waters are a paradise for divers who are delighted with the incredible spectacle of reefs that are full of a diversity of fish, mollusk, amoebas and coral species, many of them not yet classified!

Another good reason to consider a visit to Chile’s natural wonders (as if more reasons are needed) is the great number and variety of National Parks and Nature Reserves throughout the country.

There are 41 National Parks, 26 Nature Reserves, 20 Forest Reserves and 18 Natural Monuments that cover more than 18 million hectares, in addition to four Marine Parks that preserve the ecosystem for the species that inhabit them.

It’s not easy to decide among all that is offered.  Deserts? Salt Flats?  Forests? Glaciers? Fiords and canals?  The huge Patagonia?

Chile’s natural environment is impressive, even magnificent, surprising, and at times, overwhelming.  It will always welcome you to share its treasures. Come to discover and understand why Chile deserved to be recognized by this year’s World Travel Awards.  You’ll never forget the experience.

Are you an animal lover? Discover the impressive diversity of Chilean Fauna
Street Art in Santiago! Discover the colorful side of Chile’s capital 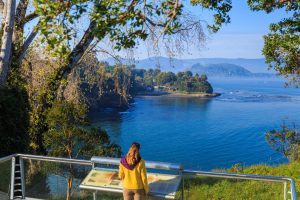 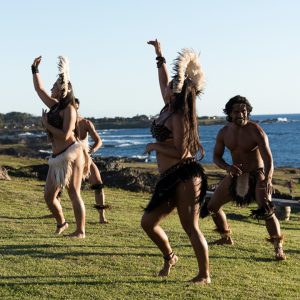 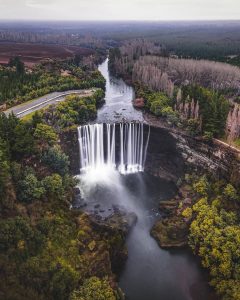 WORLD CLIMATE DAY AND THE BATTLE AGAINST CLIMATE CHANGE